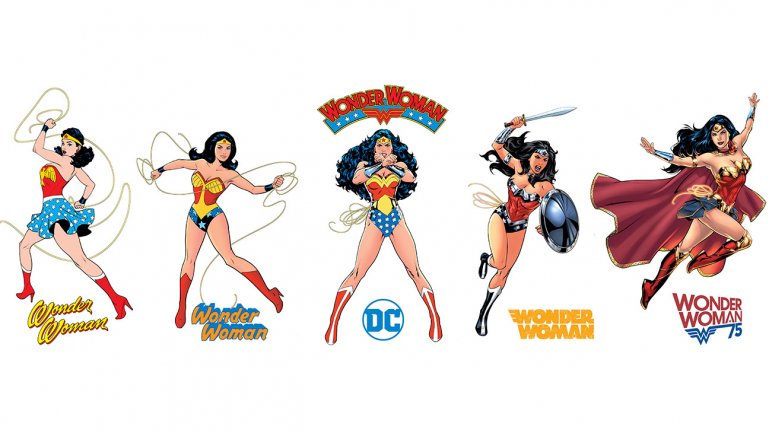 “Hey, Britney,” you say, “you know it’s August, right?  And you haven’t done a Monday review in three weeks?”

Yes.  I know it’s August, and Review Monday has been suspiciously absent.  I also know that this (see: blogs are ridiculously late) is what happens when things don’t go as planned, and you’re forced to scramble to make sure everything gets done.  It’s super annoying when life and responsibilities get in the way of reading and writing.  It’s a good thing I had a head start on my sister for the Great Reading Contest of 2017, because if I hadn’t, I think she would have caught me up this past month.

That said, I have gotten some reading in (though not as much as I’d like), and one of the books I read was part of the #ARCAugust challenge.  I had been anticipating reading Wonder Woman: Warbringer for months.  There were two reasons for this: 1) I ❤ Wonder Woman, and 2) one of my favorite authors, Leigh Bardugo, wrote the book.  I was interested to read a book wholly devoted to Wonder Woman, and I wanted to see how Bardugo represented her.  When you’re anticipating a book that much, and have such high expectations for it, there’s always the danger that it doesn’t stack up.

Wonder Woman: Warbringer definitely stacked up.  Here is the cover, and a partial blurb as found on Goodreads: 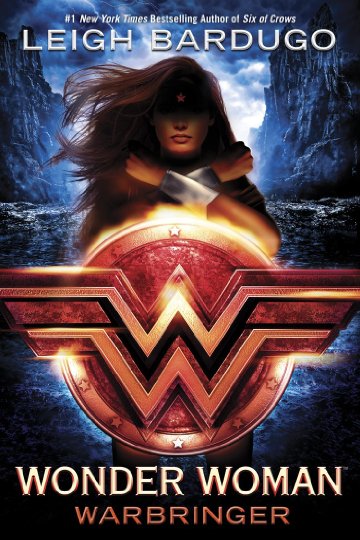 She will become one of the world’s greatest heroes: WONDER WOMAN. But first she is Diana, Princess of the Amazons. And her fight is just beginning. . . .

Diana longs to prove herself to her legendary warrior sisters. But when the opportunity finally comes, she throws away her chance at glory and breaks Amazon law—risking exile—to save a mere mortal. Even worse, Alia Keralis is no ordinary girl and with this single brave act, Diana may have doomed the world.

PLOT: What originally seemed to be a pretty straightforward plot became surprisingly twisty in a way I definitely wasn’t expecting.  (I should have known Bardugo wouldn’t ever write anything straightforward.)  Though a “super hero book”, the danger doesn’t seem outlandish, and has possible real-world repercussions.  I liked that there was a lot of history woven into the story, of both mythical and realistic nature, and that the history affected the present.  Overall, the story itself was a great one – enjoyable, and complex enough to be interesting from the first page until the last.

SETTING: This was done SO well!  I liked the glimpses I got to see of Themyscira (yes, I had to Google the spelling.  Don’t look at me like that – unless you just watched the film, I’m pretty sure you had to Google the pronunciation), and of the Amazon civilization.  Also, magical, disappearing horses.  The island is done well enough that you truly feel the impact when Diana enters the “regular” world, and how difficult it is for her to process the vast difference between her home and the rest of the world.  And speaking of the rest of the world…  I loved that Bardugo put Diana on the subway in NYC.  What better way to introduce her to New Yorkers?

CHARACTERS: Bardugo did great work with this cast.  For one thing, it is diverse without being “token”.  The diversity of the characters deepens that sense of historicity I mentioned earlier, and lends the story a deep richness.  There are several characters in this story – Diana Prince (for she isn’t Wonder Woman yet) is just one of them.  So, though this book has Diana in it, it’s not just about her.  Each character – Alia, Nim, Jason, Theo – is important to the story, and each is well-developed and interesting.  And one of the most important things Bardugo does with these characters is establish strong (and I mean epic STRONG) relationships – between siblings, between friends, and between females – all something I wish we saw more of.  Basically, all the ❤ for these characters, their sass, their support for one another, and their bravery.

Snaps to Leigh Bardugo for taking a strong female character and making her more powerful, smarter, and more relevant than just being the “hot one with the rope”.  This Diana Prince is the Wonder Woman I want my daughter to grow up reading about.

*A huge thanks to Random House for providing me with an ARC of this book, in exchange for an honest review.

Britney Dillon starts and ends her days with coffee. By day, she masquerades as a librarian, recommending fabulous books to people; by night she writes YA books with an urban/steampunk flair. When she’s not at work, Britney spends her time watching British television, prowling through book shops, and riding horses. She loves fairy tales, haunted things, and moody, stormy days. She has traveled widely, but lives in West Michigan with her husband, their three children, two giant dogs, and too many horses. View all posts by inkblotideasblog

One thought on “Princess of All Awesomeness”

Reader. Writer. Librarian. May or may not be planning a global takeover using a TARDIS and a DeLorean…

Well? What are you? #librariesofinstagram #librarian #alternativehistory #bookstagram #bookstagrammer
@owlcrate You guys. This month's box is AMAZING. LOOK at that cover. 😍 #bookbox #prettybooks #yabooks #mermaids #owlcrate #subscriptionbox #bookstagram #bookmail
Together at last. 🖤 #finishedseries #mysteryreader #mysterybooks #bookstagram #irreadya #yabookseries #booknerd
I have it in my hand! This is one of my #mostanticipatedreads2020 and I cannot wait to start it. This series has been one of my recent favorites. It has unique characters, a magnificent setting, and a mystery so complex it would make Agatha Christie proud. #bookstagram #trulydevious #ireadya #greenbooks #mysterybooks #mysteryreader
CAMI AND THE UNICORN is a personalized story about a special little girl who believes in magic. My little person loves it because, "I get to go on an adventure with Misty across the rainbow." #kidsread #camisbooks #camirecommends #picturebooks #unicornmagic #frecklebox
Because books make the best decorations, no matter the season. #cleverfox #mysterybook #queenofmystery #autumn #agathachristie #agathachristiespoirot #bookstagram